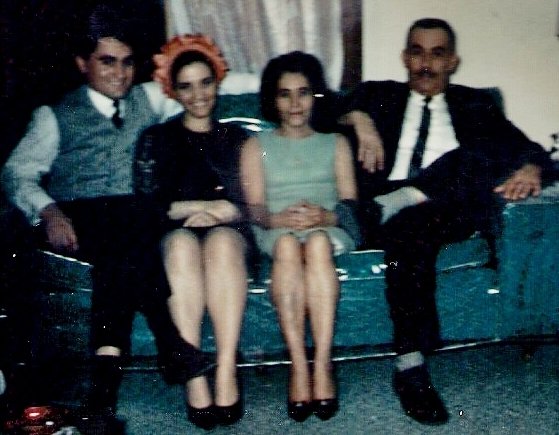 The emotional Walk to End Alzheimer’s

I don’t remember much about my paternal grandmother, Abuela Julin. I’ve been told she and my maternal grandmother, Maria, were almost my namesakes. I would’ve been either Maria Julia or Julia Maria, last name Juliá. But, having been only 7 or younger the last time I saw her, I don’t have any memories of her. Her maiden name was Julia León, which yes, made her married name Julia Juliá. I’m also told I resemble her. I wish I’d had the opportunity for a closer comparison, but sadly, she passed away from Alzheimer’s complications and I never had the chance.

Then there’s my father. Her son. He was diagnosed with dementia about 6 or so years ago. I couldn’t have history repeat it self, so I took the opportunity to spend time with him in Puerto Rico while I could still know him and he know me. I’m thankful for that time.

I’ve been sleeping (or not sleeping?) like crap during the last few weeks so having no choice but to get up early yesterday (long story) made for a rough time convincing myself that I HAD to get up early again today.

“Five more minutes, just five more minutes,” I said to myself as my mind wandered over to thoughts that basically ended in the fact that I had raised money for today’s walk, and so getting up early was only really necessary IF I wanted to 1- Pick up the shirt I’d earned from my fundraising (argument- I don’t really wear t-shirts so who cares), 2- Take a photo for social media (OMG how shallow was that?).

The truth was that not only was I really tired and comfy in my blankets, but I was a little disappointed. After months of trying to recruit family and friends to be on my team, I’d be walking by myself. Six months ago, I pictured Team Forget Me Not showing up with team t-shirts, and that didn’t happen. I couldn’t make that happen so that disappointment was directed at myself.

But I couldn’t give in. Maybe I hadn’t given the fundraising and team building my all, but I had raised money and damn it, I was going to be there.

“I’d made it and it was a beautiful fall morning,” was the only thought on my mind as I checked in. But then, I picked up my t-shirt, where there was a space to write whom or why you were walking, and as I picked up the marker to write “Juliá Family” on my t-shirt, my eyes welled up. It hit me that I was there for all of us: My siblings, my cousins, and all of their children.

I walked for myself!

Yes, I have selfish motives. I walked for myself and the underlying fear I live with as my sharp mind becomes a little foggy at times, and I begin wonder if it’s really just that I’m getting older or if it’s a sign of something else. It’s not something I talk about very much, as others  always seem to easily dismiss the worst thought, maybe due to their own fears, but it lives within me every day.

So because I live with a constant fear, I’m thankful to have spent a beautiful, emotional morning with people who know, people who get it, people who, whether through their own genetics or their support of a loved one, know what it’s like to face the long goodbye!

A big thanks to everyone who donated, friends, co-workers and family! If you’d still like to donate to my team, you can do so until December 31, 2014!

6 thoughts on “The emotional Walk to End Alzheimer’s”