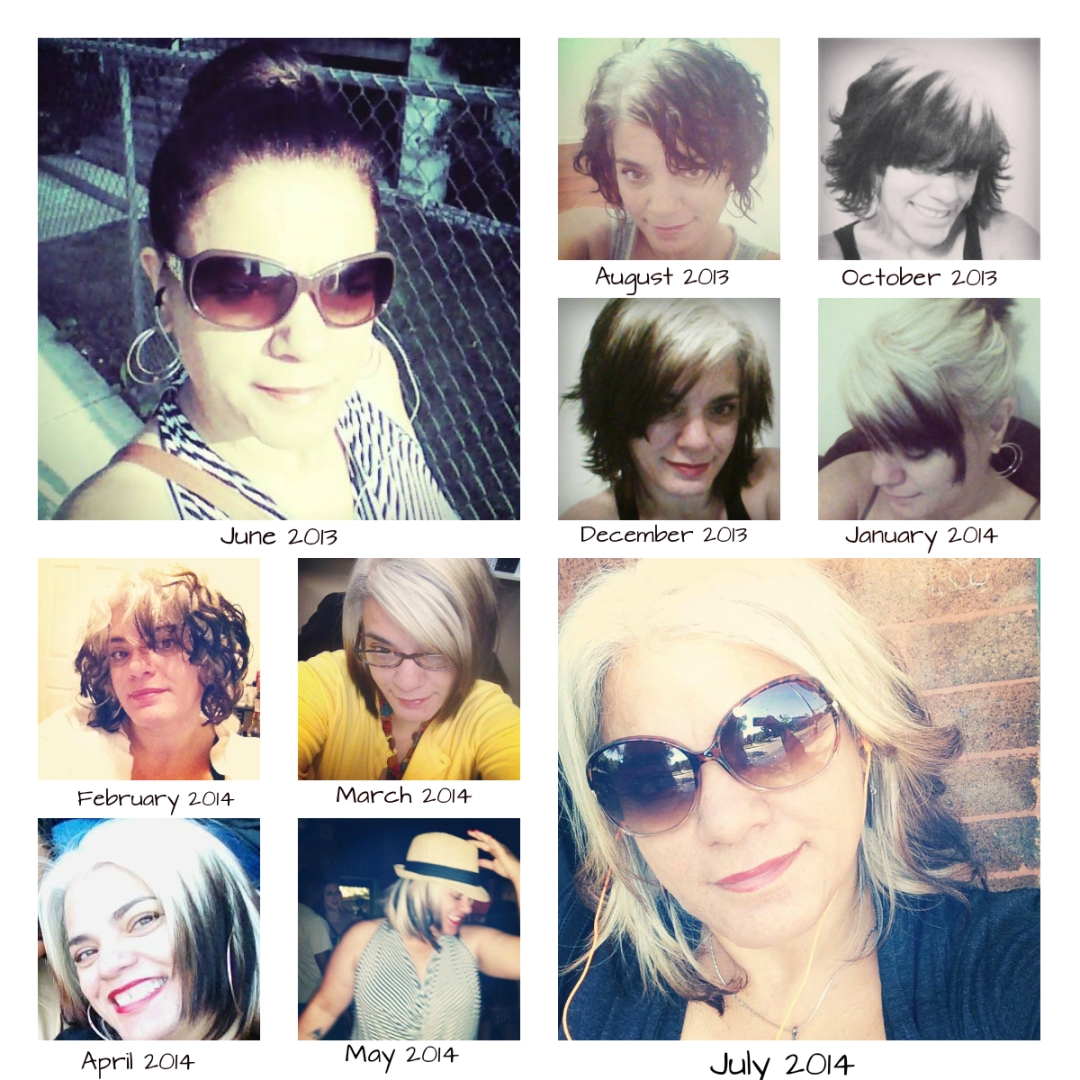 The last time that artificial hair color (aside from some pink spray on stuff I used for an event) touched my hair was June of 2013. Sooo…. it’s been a year!

I’ve been meaning to write a little something about it. To commemorate the anniversary seemed only right after spending so much of my writing time during the last year focused on this topic. But then it didn’t seem right. I haven’t written a post in a while, and with all of the craziness happening in the world, particularly in my beloved city, Chicago, how could I focus on something so meaningless?

Then, and not to go off on this tangent much longer, I remembered that real life consists of a lot of things and it all has its importance. Just because the world is full of craziness doesn’t mean that the smaller things in my life don’t merit any thought, so I decide to write and here I am.

So back to it. A whole year. I wasn’t sure I would, but I made it. Actually, not only did I make it a year, but truth be told, my hair and I thrived!

Just a couple of weeks ago I was doing a bit of shopping before meeting up with friends and a woman came up and asked me about my hair. “Where did you get that done? –a question I’m asked regularly these days. “I didn’t. I’m just growing out my hair.” She pulled the front of hair back a bit to show me her barely visible white roots, and then told me that I had inspired her. That she wouldn’t be dyeing her hair from now on. I smiled.

I then went to meet my friends for dinner where we had to wait to be seated. We were standing outside the restaurant laughing and talking when a young girl up to me and proclaimed that she loved my hair and the fabulous way I worked it when she saw me get out of my cab minutes earlier.

These type of moments happen almost daily. It isn’t just older ladies that are inspired to grow their hair or young women thinking I’m fabulous because these days gray is a fad, it’s also young men, some of them have stopped to compliment me too. And strangely enough, for as often as they happen, it still takes me by surprise each and every time.

Yet, It’s not just about the compliments from others.

This year has been one of quite a few health challenges, which often pit my active mind against an uncooperative body that many times just wants to rest. The ongoing doctors visit often put a crack on the “Gray is not about age. If it was then I wouldn’t have started to gray at 13” facade that I wear in rebellion against the people who insisted that it would make me look old and no one would ever want me.

But despite all of that, this year has also been about positive changes that as I now consider writing about them all and sharing, I realize that maybe that’s why I hadn’t written this post yet, because it was all too personal to me, and I want to keep it to myself for a while longer. I want to give myself a little more time to reflect and understand the depth of emotions that come from accepting and embracing myself as I am.

**A special shoutout to all of my friends who supported me throughout this process, particularly Xeno for keeping it real and challenging me early on with “If you’re really embracing your hair, then why are you wearing headbands over it?” Also, Revolution Gray for featuring me as one of 25 “Gray Hair” Bloggers Who Rock. YOU ALL ROCK!