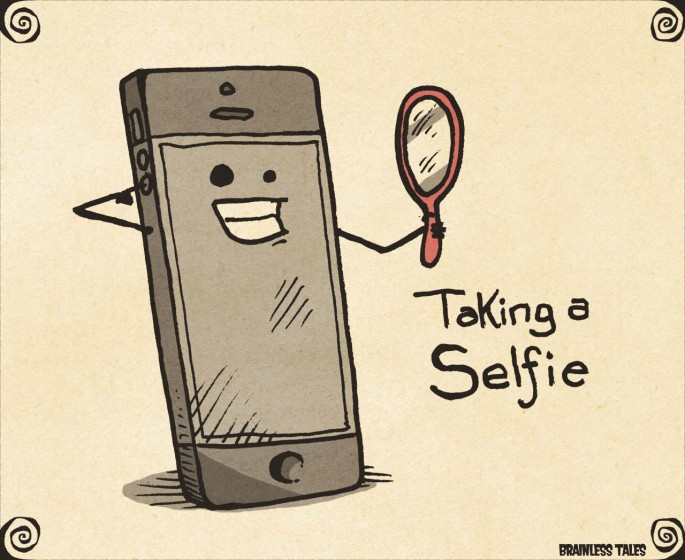 Much ado about a selfie and with reason #365FeministSelfie

More than just reference the Jezebel post stating that selfies are a cry for help (check the comments to how people responded to that theory), that I wanted to talk about, Veronica of Viva la Feminista started a Selfie group/challenge with the hashtag #365FeministSelfie and asked, “Are you in?” Well, without much hesitation, I decided that I am! And happily found out that some of my other friends, women of color who are often forgotten and even dismissed in the feminist conversation, are also in.

I was a day late posting my first, but I posted it on Instagram last night. No big deal, it wasn’t as if I’d never posted a selfie before. In fact, it was just in late fall 2012/early winter 2013 that, though I thought taking constant photos of yourself was annoying, I made the choice to do it and posted multiple shots in an effort to deal with some issues with my own beauty that had been affecting me since I was a teenager.

I did it quietly, posting publicly the pictures publicly, but leaving my motives private. It led to a myriad of posts that addressed my issues head on. It was partly about being seen—my own mother’s favorite photo of me is one where I don’t look like me at all and maybe I need to let it go and see that photo for the moment of time it captures and for what my mother sees instead of the point of contention it’s been—but more about finding a way to see myself.

So again, no big deal, just another selfie posted, that is until I clicked on the hashtag, and started to peruse all of my fellow women empowering themselves by capturing themselves in who they were at whatever moment they deemed important to them. To all of them I want to say, “Participation in this project won’t be easy. People will probably call you names, wonder about your motives, and even question your mental health, but disregard them, you are here and you’re allowed to take up your allotted amount of space in this world. I saw you! I see you loud and clear, but most importantly, I hope you’re able to see yourself!