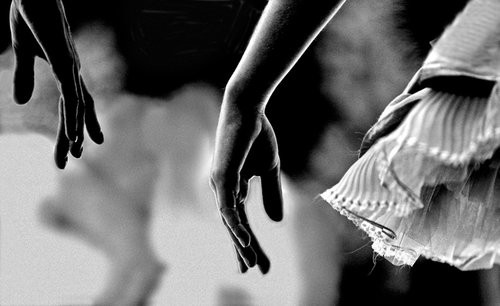 I remember your last goodbye. The day you told me that we should cease to be. My mind wanted to be brave and accept your wish without question, but my heart didn’t understand and forced my lips to ask you why.

“It’s time,” you said. “We’ve outgrown what little we were and I don’t feel enough for you to want to be more.”

I grudgingly accepted your explanation, not because I believed its truth, but because I knew there was nothing I could do to change the fact that you did.

But we didn’t really move from there. We simply went through the motions; began to play a game of the pretend variety.

“Look at you and me returning to us, our origins, the friendship where we began,” is what I’m sure we thought, or maybe it was just me. Fully aware that the best strategy for winning this game was going to be to maintain a polite distance in the pretense of friendship. But we were tied to each other in ways we couldn’t control, and one day, forced to be together alone, your body reacted to merely being in the presence of mine.

In the moment when it happened, I was unaware of what you experienced, which meant we could have continued the game of charade. But hours later something compelled you to share. I immediately understood what you confessed because your physical reaction to me was the equivalent of my emotional reaction to you. A fact I didn’t confess in return, understanding that you weren’t ready to know.

So, alone I faced our reality: We could never go back to the past where we began. We were now residing in different and distant emotional spaces within that present moment. We had lost at this new game of pretend. It was time to create a physical space that mirrored the distance of our emotions.

I had to walk away, not only to save myself but also in hopes that I could also save what was left of us.

“Yes. I can’t do this anymore. This job, this life. I’m tired. I need something different.”

“I need to be away from you,” were the words that sat at the edge of my tongue resisting being spoken, too afraid of where and how they would fall.

Your response consisted only of a few questions about where I would go and what I would do. Your lack of emotion melted away the last remnants of hope I’d held onto. And in the weeks that followed, just as I began to accept your inability and unwillingness to care, your cruelty appeared. We couldn’t speak without fighting. It was a barrage of random words said with an anger I didn’t understand. I couldn’t tell where one fight ended and the other began.

Our friends, those who had never been fooled by our games of pretend, began to ask, “What did you do to him?”

“He’s telling everyone that you’re dumb. That you’re stupid for leaving.”

“Oh. I didn’t know he felt that way. It didn’t seem to affect him when we I told him, and now, now we can’t even speak at all. Our every conversation becomes a war of meaningless words and I don’t know what else to do.”

“He doesn’t want you to leave.”

“Yes it is. He doesn’t want you to leave, and he doesn’t know that he wants you to stay.”

Not long after, it was time for me to go and your weeks of anger had formed such a rocky distance between us, I didn’t dare cross it to tell you goodbye.

As it will do, time drifted away. Eventually I stored my memories of you in the place where my heart meets my mind, never too far away, but creating space for another.

Years passed, and our lives moved on. Your name an occasional topic of conversation, brought up by our well-meaning friends. I listened to glossed over stories that were missing the details I wanted to know. But I resisted asking the questions that would fill in the blanks, the questions that were best left unanswered.  In time, it seemed as if we finally achieved that physical and emotional distance I had imagined we needed.

There were rare and random moments when we happened to be in each other’s presence, and it was as if we were strangers. The former ease between us just a distant memory.

”I miss our friendship.”

“No. We’re not friends. At best, we’re acquaintances.”

You disagreed once more, but it was halfhearted. You know that I am right. To argue would be to have to work to prove yourself right, to be able to be around me on purpose and not simply happenstance. But you are, years later, still unable or unwilling. It’s our truth. One I no longer question. I simply accept the result, regardless of its reason. It is just who we became and who it seems we will be.

Then one day, a momentary thought becomes a question, which turns into fodder for conversation. I was tempted to count each word knowing that they were the most we had exchanged in what seemed an eternity. Your every word joined together and held my hand as you slowly lead me to a place that felt as familiar as home.

“I knew you’d be back eventually,” is what I wanted to say, but only thought to myself as my heart reveled in your homecoming. It was recalling the sensations it once felt in your presence. As if during the time that had passed, it had skipped one long, arduous beat and I needed to stop and let my head catch up with my body so I took a deep breath.

My mind cleared and I looked around to find that we were standing in the middle of that yesterday we had both left behind. My mind was conflicted. It would be so easy to spend time here with you during the random moments you wanted to bring me back for a visit, but one visit is more than enough. I don’t live there anymore, I live and would love to meet the people we are today. I’m older and wiser and I know I don’t want to stay in a place where the memories have already been made.  A place where I’ve already been since I know all too well how it ends.