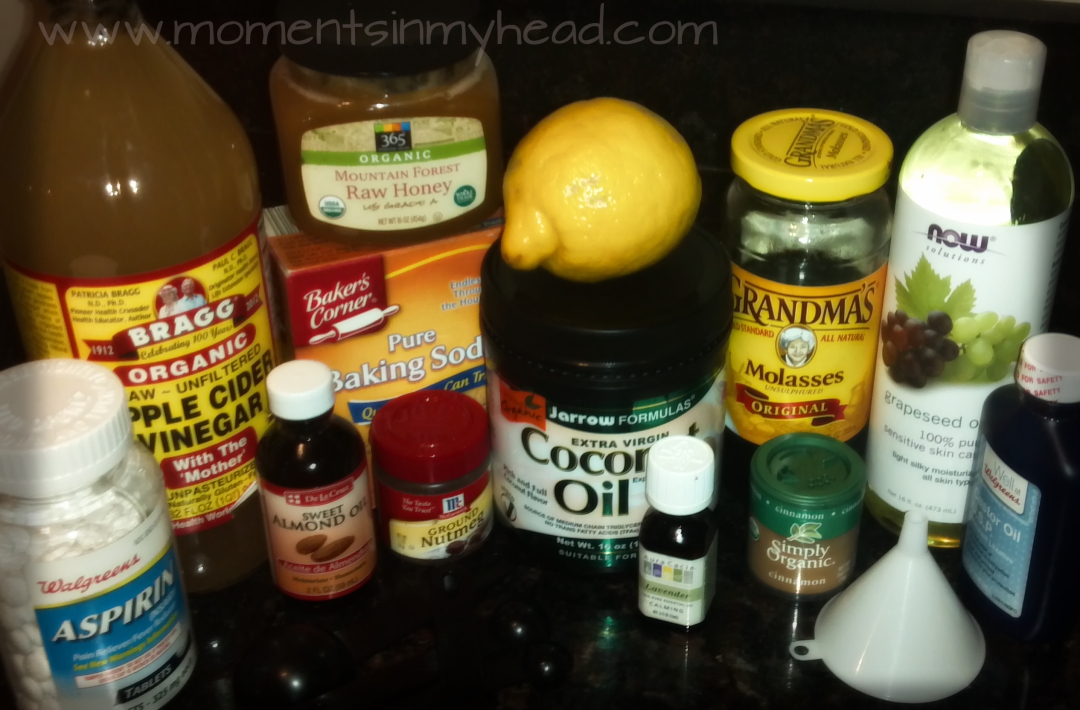 Side effects may include: Moving towards a chemical-free life

It’s funny what your mind hones in on when it can’t sleep at 3 a.m. For me, most often, those things tend to be quite random. My family, my friends, a situation from my past that I hadn’t thought about in years, and so on and so on. Last weekend, as I was still not feeling well and sleeping all day but up from 3 to about 5 a.m., my mind honed in on three things:

My Red Bull habit goes all the way back to 2006. In the beginning it helped, or I like to believe that it did. From as early as 2002, my living situation was a part of my work and I was on call 24/7. I was much healthier then. I worked out regularly and was fit and slim, but the stress and demands of my job put me on a downward spiral towards a constant state of fatigue. It’s not that the symptoms started then, they had existed long before that, it was that I was no longer able to manage them by working out as I had been. So, off to the doctor I went for a series of test that in the end only told me that there were no real reasons that I should feel so sick and tired all the time. In fact, according to all the tests I was at optimum health for a woman younger than my age.

I’m sure that I’m not the only person that has experienced a visit with a doctor who’s telling you that there doesn’t seem to be anything physically wrong with you. The implication, or maybe the inference depending on how you look at it, of those words were being that maybe it’s psychological. Psychosomatic if you will. I experienced this time and time again in the last 15 years and because I’d already been diagnosed with depression, I began to believe that it was all just inside my head. That if I just changed my thought process and tried hard enough, I could get over it. Except, that hard as I tried, I couldn’t.

So I didn’t manage it, I just dealt with it as best I could and in the process developed the worst possible habits. If working out regularly and eating right weren’t going to help, then energy drinks and spending my days off sleeping it would be. Mind you, that wasn’t a conscious choice, just the easiest one that I didn’t have to think about.

But as I stated a few months ago, those bad choices only served to make me miserably overweight, and though I’m not sure that Red Bulls ever actually gave me wings, I can say for sure that at the end they had no positive effect on me at all. It was time for a change and about two weeks ago, almost six months and 30 lbs later, I was looking and feeling much better… until last weekend, that is, which brings me back to what I was thinking about in the middle of the night.

Six months to the day and I was in bed feeling miserable once again. My skin had, for a while, taken a positive turn. But just as the fatigue had returned, so had the constant skin issues. I was not only breaking out a lot again, but I was always itchy and I hadn’t slept well in weeks. There was also a matter of my hair, that I was ready to chop off because it was becoming dry and lifeless. Laptop on, I started searching for a natural way to remove the build up from my hair. I came upon a zillion posts about the ‘no poo’ movement (baking soda wash and apple cider vinegar rinse). Hours and dozens of bookmarked sites later, I had an epiphany. Years ago I’d started using fragrance free laundry detergent and hadn’t changed anything else, but was surprised that I had not experienced an improvement in my overall skin issues. My beauty routine itself, such as it was, was a smorgasborg of chemicals.

How could I possibly be healthy? I’d been dyeing my hair and fighting acne with medication that included the very harsh acutane, since the age of 13. The chemicals from what I put on my skin were probably all enough to cause damage to a small town, I could only imagine what was flowing through my blood stream (have you heard the “Side effects may include…” part of drug commercials lately? It’s scary! I think, don’t quote me here that one possible side effect of a anti-depresssion drug was suicide). So I continued reading and looking for natural alternatives. I made the decision then and there that I would do whatever I needed to get rid of as many chemicals as I could, and headed to the health food store as soon as I could. I’d give more natural alternatives a try, what could it hurt? Nothing else had helped, at least not long term so DIY it is!

It was quite the hefty initial investment, but I think I’m worth it and besides, calculating the long term costs of my current routine and comparing it to a DIY routine, it’s cheaper in the long run. I’m keeping my fingers crossed as I have begun to wash my hair with baking soda and my face with raw honey, and will keep you updated as to what, if anything, works including recipes. Here are the first two:

Mix together to form a paste, should be more slippery than gritty. Adjust the measurements for your needs e.g. hair length, amount of oil, etc.. Pour the mixture on sections of hair that need washing, for some it may be all, for some (like me) just the scalp. Massage in, leave in for a minute or two, rinse off with water.

This will be a difficult habit for some to adopt due to the fact that you will not be washing hair more than a few times a week. Because of the coarse texture of my hair and because my ends are super-dry from all of the dye and flat iron heat, I had already adopted the 2x per week hair washing habit and am rarely able to develop much of a lather, so this change isn’t a difficult one for me.

Many sites state that some people may go through an adjustment period as the oils from your scalp regulate themselves (I’m sure there’s a more scientific sounding way to say that, but you can look it up) and that if you stick it through, you’ll be glad you did. I’m going through it, and I’m going to live in ponytails for a bit.

Mix and pour on hair, leave on for a minute or two and then rinse. I PROMISE your hair will not smell like vinegar. I added a few drops of lavender essential oil to my mix just to give it a nice scent the second time I tried, but there was no vinegar smell my first try.

That’s it for now! Will share more as I go along.

7 thoughts on “Side effects may include: Moving towards a chemical-free life”