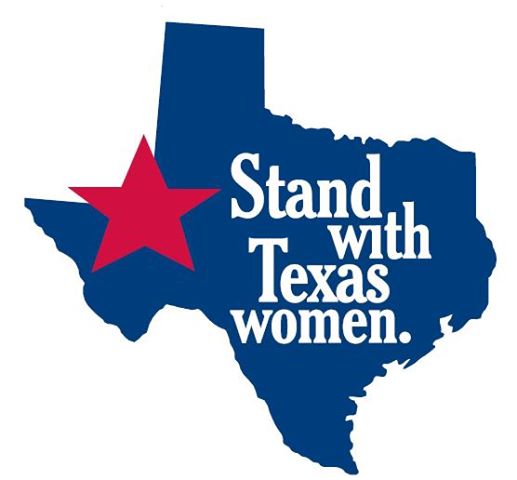 There are a lot of topics being discussed in the media right now that don’t matter. It’s noise that distract us while laws affecting our rights are being proposed and passed, and in some cases receiving the seal of approval from the highest court in the land.

One such law is SB5, a stringent anti-abortion bill in Texas. Texas women are at this very hour fighting against it, including Texas State Senator Wendy Davis, who is now at the second half of her 13+hour Fillibuster, If you don’t think that what happens in Texas means anything to non-Texans, then think again!

It’s up to us to become educated, to understand these laws, and to do more than just sit behind our computers feeling outrage. It’s up to us to take action, to get involved, and to walk our talk. If we don’t start paying attention and demand to be heard, one day we’ll wake up with our civil liberties all but gone, and with only ourselves to blame.

Melissa from Austin, Texas understand this and I want to send her a huge thanks for having the courage to share her story and remind ALL OF US, why we must keep fighting!

My name is Melissa  and I am a proud, native Texan. represented by Representative Donna Howard and Senator Kirk Watson in Austin, Texas.This my testimony AGAINST anti-abortion legislation.

Unfortunately, Texas lawmakers, like Rep. Laubenberg, feel privileged to make decisions about my constitutional rights and personal medical needs as she stated Sunday night, as the House debated SB5. When asked by another state representative why they (politicians with no expertise in medicine or women’s health) are the best informed to make decisions on women’s personal reproductive decisions, she responded with something along the lines of, ‘Because we are the State.’ Well, I have a few choice words for Rep. Laubenberg and any other Texas politician who believes our House or Senate representatives have the authority to strip away our liberties based on nothing more than their anti-woman agenda, personal moral beliefs, and severe lack of expertise in the medical and healthcare needs of the majority of Texas residents.

If Texas Republicans continue to fight Texas Women, I fear for the quality of life of the most vulnerable populations in our state —low-income women/ families, the uninsured, residents in rural areas, teen mothers, and the undereducated. If I ever chose to have an abortion after the passing of SB5, I’d probably be able to attain one. I’m educated, I’m insured, I am employed, I have adequate income, I live in Central Texas, and I’m not too concerned about an unwanted pregnancy being as I am happily married and fortunately have the means to support a child. I am not fighting this fight because I am planning on having an abortion any time soon, but because MY SITUATION DOES NOT DEFINE EVERY OTHER WOMAN’S SITUATION, and in life—my current situation isn’t guaranteed for any amount of time.

Based on Rep. Laubenberg’s comments last Thursday and Sunday, it is evident that she does not have a clear understanding of the bills she supports. Her personal beliefs on abortion and women’s healthcare are based on her moral beliefs, not on any actual expertise in medicine or women’s health. She is shockingly misinformed about abortion clinic processes, the procedure, and “consequences.” As we discovered Sunday night, she also doesn’t understand the purpose of rape kits. Rep. Laubenberg also seems to believe that “every child is wanted,” which leaves me to wonder just how many communities in Texas she has visited.

Days before the abortion, medical staff at Planned Parenthood met with me privately to assess my certainty in my decision and to make sure no one was convincing me to make the decision. They were not pro-abortion, they were pro-life in every sense of the term —pro-a-good-life for myself and and the unborn child. When I arrived to the clinic, my boyfriend and I had to be escorted through anti-abortionists, so called “pro-lifers” who didn’t know one thing about me or my situation, but passed judgment on me because of their personal faith and moral beliefs.

After the abortion, I went home and had absolutely zero consequences because I had received a medical procedure from trained and experienced medical providers. I took it upon myself to speak to my God to find peace about my decision, and did not seek the input of anyone. Had there not been legal abortion available, I would have had to seek other ways to terminate an unwanted pregnancy and greatly risk my health, or been forced to be a 16 year-old, uneducated, unemployed, and unmarried mother. For the record, I was on the pill, and had regular check-ups thanks only to Planned Parenthood who taught me more about my sexual and reproductive health in a few visits than my public school education taught me in 12 years. Since, I have trusted Planned Parenthood as an adult when I was without health insurance or didn’t have a trusted doctor in the area.

Just because people (youth and adults) have sex doesn’t mean they are in a good relationship or situation and should bear children. Yes, they should use contraceptives, but sometimes those fail (or are unattainable). Again, I was not even 18. My boyfriend was extremely possessive and jealous, and was also physically and verbally abusive. While I did feel stuck in that relationship, there was no way I would ever marry someone like that, and certainly would not put a child in such a volatile situation. If you’re concerned why I would date an abusive partner to begin with, speak to experts on dating/ domestic violence. Those relationships don’t start off that way, and they are very difficult to escape. Getting a women/ girl pregnant by interfering with her contraceptives and without her having any other reproductive health options (real or perceived) is a good way to keep her hostage by an abusive partner.

Having an abortion is not something I proudly share. In fact, to this day, I have only confided in my very best friend and husband about my experience. This letter is my first public display of my experience because I feel that strongly about protecting women’s constitutional rights. The fact that Texas lawmakers want to interfere with women’s rights and responsibilities in family planning is completely frightening. Because I had an abortion in the mid-1990s in the state of Texas (Waco, Texas, McLennan County to be exact), I was able to graduate from high school, receive scholarships, receive Bachelor’s and Master’s degrees, study abroad, travel the world, serve my community, meet and marry a wonderful man, and prepare myself to be the best parent I can be. My husband and I will be able to provide even more for our child(ren) than our parents were able to provide us.

To this day, I remain grateful for the trusting medical professionals at Planned Parenthood and for having the liberty to make my own sexual health and reproductive decisions. I urge Texas lawmakers to STAND WITH ALL TEXAS WOMEN, who at times will face unexpected challenges and disappointments, which might interfere with their ability to be the best mothers they can be. TRUST TEXAS WOMEN to decide when they are ready to bear children and STAND WITH ALL TEXAS WOMEN by supporting legislation for adequate and accessible healthcare, early childhood education, comprehensive sexual health education in public schools, accessible/ affordable higher education, and social services for women and children