The only gay boy in the world [guest post]

The third in the “Defining Moments: Search for Identity Series.” This one comes to us from artist and writer, Xeno Martinez. Read more of his personal blog, SQ Chronicles and follow him on Facebook and Twitter, @XenoMartinez

Recently, I engaged in a conversation via the I Love It Supersized Facebook fanpage about when was it that I first realized that I was gay, and confessed that I had always known since I was a little boy.  In all honesty, I was one of those children that sexually experimented at a very young age.

It is commonly known that children experiment as a means of understanding their own sexuality, and that those experiences are ones that, regardless of how young the child maybe, they never forget it.  Although it is semi-embarrassing and shameful to admit this, I vividly remember being under the age of 5 years old and hiding behind my grandmother’s bed, in her one bedroom apartment, and performing oral sex on my cousin, who was only a year older than me.  How we both knew what to do is beyond me, but as I always say, “it is what it is” and there is nothing that I can do about it.

As a child, I will admit that I did not feel shame towards my premature experience until I was about eight or nine years old, and I had comprehended the prejudice Catechism had against homosexuality.  I mean I had always known that talking about liking another boy was something that wasn’t socially accepted, but didn’t understand why until the subject of eternal damnation came up. 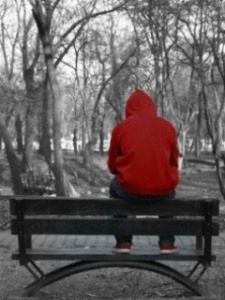 As with most Puerto Rican households, religion was a major part of my familial experience.  My grandmother was very much into religion and inspired my love for God and Catechism.  As I grew older though, and the feelings of butterflies in my stomach, every time one of my friends would take off their t-shirt on the basketball court became stronger, I found myself fighting an internal battle of self-hatred.

I began to associate my sexual thoughts of caressing my hands along their nipples and pressing my soft lips against theirs, with shame.  I started to question what I had done to God to deserve such a destiny.  Why subject me to an eternity of damnation when I have done nothing wrong?  If we are all created in your image Lord, then why am I gay and made to feel ashamed of it?  For so many years I questioned god and felt so lonely.  I truthfully thought that I was the only gay Puerto Rican boy in the world, and that only white men could be gay.

I remember talking to God and asking why he didn’t make me into a girl instead, so that I could be with a boy and not feel bad about it.  I distinctively visualized myself as a girl in my preteen fantasies sometimes, and grew suicidal thoughts, as women became less attractive and men more appealing.  I could no longer deal with the shame and thoughts of eventual damnation.  I thought to myself,well…if I am destined for eventual hell then why don’t I just get it over with? I will admit though that my only saving grace was the realization that my death would make my family sad and could result in my grandmother, who was already facing severe health conditions, more ill.

So, I dealt with the depression, and with my uncle coming out the closet when I was 14 years old, I came to terms with my own sexuality.  At the age of 16, I came out to my family and embraced my identification as a gay man with pride, because I realized that I was not alone anymore.  I no longer was the only gay boy in the world, but rather one in a million.  To some that might not matter, but to me, it means more than you’ll ever know.