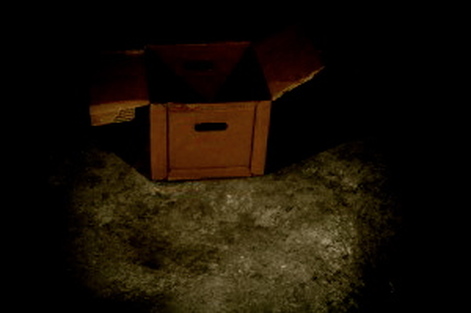 On love and the impulsive girl…

I’m impulsive; extremely so. I am the person they target when they place those little “last minute” items by store registers. I fall for it almost every single time.

I’d say that 99% of the time I embrace my impulsive nature and see it as one of my most endearing qualities. It’s what helped me move to Utah at the age of 20, just because. It’s what helped me quit a job that was making me miserable and jump into a new life with no concrete plan in place; both decisions that made me a better person in the long run.

But there’s also a darker side to being impulsive, aside from the shopping that is. I also jump into love much too quickly. Up to recently, I believed that was due to my being needy and/or insecure, but after some reflection, I’ve realized the evidence of neediness is just not there.

Sure, when I find someone that I feel a connection to, I jump in head first without much thought to where I will land, BUT the motivation to jump requires that connection. A connection I’ve only felt a handful of times in my almost-42 years of life. I’m not needy. I’m not insecure. What I am is willing to be vulnerable. I am willing to put myself in the position of giving a man my heart and relinquishing control, something that doesn’t come easily for me. Sadly, though it may begin with a man’s words and actions that paint the world a shade of rose that I find hypnotic, it ends with my being blindsided and confused as to how I got to such an unhappy place.  Such is the case today.

“Someone I loved once gave me a box full of darkness. It took me years to understand that this too, was a gift.”
~Mary Oliver

A little over three years ago a man I’d become friends with during the months prior, revealed his feelings for me. It was intense. He’d cared for me since we first shook hands, he saw me in his future, he wanted me to be the mother of his children. It was there, that connection. I felt it too when we first shook hands, so I dove, head first into a relationship. But I was leaving and he knew this, and now, in restrospect, I mistook the urgency of his words for deep feelings. I did leave and over the phone, text messages, and emails, the intensity of our relationship dwindled into nothing. In the end, I was blindsided as he chose another that I had

n’t known even existed. I wondered night and day how I had ended up back in the same place holding my broken heart in my hand. Little did I know that he would break my heart a few more times in the coming months, but that’s a sordid story for another day.

This past summer, almost three years after the last time I had allowed myself in a vulnerable state, I met someone else and there it was, that feeling, that connection. It took me by surprise because I’d come to believe that I’d never feel it again, after all, there had not even been an inkling of it in that many years. I had been so far removed from romance that I began to believe and accept that alone would be my fate. But he awoke something in me and after some hesitation, as is my nature, I closed my eyes and jumped. The pretty words, the feelings, that mother fucking connection, they all coaxed me.  I began my freefall into what has turned out to be an empty hole and I am right where I started, except that this time I’m full of anger I can’t express, full of regret about things I can’t undo, unsure that I will be able to jump again so easily and changed because none of those things were ever me.

Read Part II: On love and the day I quoted Tupac

2 thoughts on “On love and the impulsive girl…”