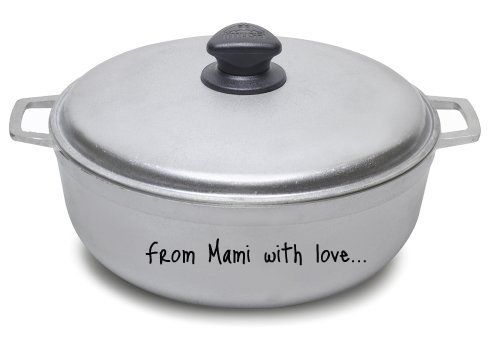 Anti-Latina: When you’re not Latina enough

I recently returned from living in Puerto Rico where I spent time getting to know my island, my family and my culture.  My experience there only confirmed what I’ve always known: I love everything about being a Puerto Rican Latina.  I love the fact that almost any occasion turns into a party the minute someone says, “Hay me encanta esa cancion, sube el volume.”  I love the culture, the traditions and of course THE FOOD. Despite this love for all that I am, I’m often told that I am not Latina enough and once I was even told that I am the antithesis of a Latina, or as I like to call it: La anti-Latina.

What is la anti-Latina you ask! Perhaps a genetic mutation caused by eating under-seasoned food during pregnancy. Don’t know, but my Mom swears that a big caldero and a good man may just be the cure.

Could you be one too?  Compare her traits and see…

She’s too quiet. In 5th grade I had a crush on a boy named Alex.  He liked me but couldn’t like me because I wasn’t Puerto Rican. He got my phone number from his brother who was in my sister’s grade and called me. The conversation went something like this…

Having only my Mom and sisters, who were most definitely loud, as reference, I couldn’t argue with his logic.

She doesn’t have an accent. After living in Utah for four years, I lost my accent; the only one of my siblings to do so.  Upon returning to Chicago, my Latino friends were traumatized by this and constantly said, “You sound like a white girl” with such disdain, it compelled me to try a Rosie Perez impression, unsuccessfully I might add.

She rarely cooks. The kitchen and I are acquaintances at best. We see each other in passing, nod politely and occasionally hang out during holidays.  Not cooking doesn’t equal not having the ability to cook, but really…who needs to know that.  If they think you can’t, they won’t expect it *wink*.

She doesn’t think it’s her job to serve her man. I dislike any function where the ladies gather in the kitchen to gossip; ready and waiting to attend to their sports- watching men’s needs. I love sports, I drink beer and to the person heading towards the kitchen, I say, “Since you’re going that way, can you bring me another one too?”

She’s not married, doesn’t have children and isn’t sure she wants to. This may be by choice or it may be by circumstance (see the two traits above) either way it is what is.  I can spend my life bemoaning the facts or I can  not only accept them, but enjoy the freedom they bring.  This of course, makes me an anomaly.  As a Latina, shouldn’t I want those things above all?

7 thoughts on “Anti-Latina: When you’re not Latina enough”