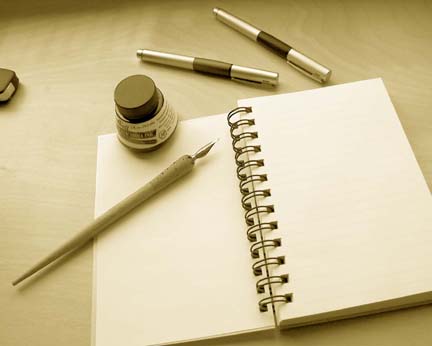 The write stuff: Life in words

I received my first journal as a gift at the age of 11, just months after my family moved from Chicago to a suburb of Salt Lake City, Utah. It had a rough, grainy cover and it was red, my favorite color. I named it Scarlett. I don’t remember having an interest in the art of writing prior to that journal, perhaps because having only begun to learn English a few years before, I was still stuck between two languages. But Scarlett ignited a passion for words in me, previously reserved strictly for books—I was a nerd. Scarlett became my confidant. She, yes she, was my record keeper. From thoughtful musings to my review of the newest TV show, she knew it all.

Eventually, Scarlett’s pages filled and she had to be replaced. She was followed by many other journals, but none that, like Scarlett, received a name. They were sometimes hard-covered, sometimes had locks, and sometimes were just plain notebooks, but all held my thoughts all the way to my mid-twenties when they were replaced by my first computer.

It’s been years since I’ve held a brand new journal in my hands and felt the excitement at the thought of the journey we were about to embark on together. I sometimes long for those days; journal open to a new page, pen in hand, ready to share my deepest thoughts which only my mind, the page, and the universe would ever see. A secret combination of words that created a tangible history of me.