In the fall of 2003 I had the opportunity to travel to Spain for 10 days. Having grown up with the last name Juliá, not a common Puerto Rican name to be sure, I’d been told that it had its roots in Spain and France and though Spanish was just one part of those roots, I was beside myself at the opportunity to explore them. I fell in love with the country, specifically Madrid where we stayed, as soon as we left the airport for our hotel. My 10 days visit was spent trying to figure out how I would move there.

But in retrospect, it wasn’t the lure of Spain that called to me, after all, I had the same feelings about Florence, Italy the year before. In fact, it’s how I have felt about almost every place I’ve ever visited. From visiting my birth town of Rochester, New York—a place I never really knew—to Boulder, Colorado, to Miami, Florida; every place I’ve ever visited has been like holding a blouse up to my torso to see if it fits. And just as that method isn’t really a good way to measure fit, a quick trip isn’t a way to know if I could live there, but it’s never stopped me from thinking I could. I fall in love and like any true romantic, I dream.

Though I never did make the move to most of those places, I’ve moved a minimum of every two years since I was eight. I’ve lived in a total of four cities, three states, and two countries in my lifetime. And now as I prepare for a move to yet another city, I wonder if I will ever settle down. I sometimes fear that my life will never be anything more than looking out into the horizon to see what else is out there. 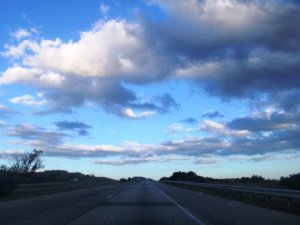 I recently shared my fears of my nomadic tendencies with a friend, and he responded, “it’s ’cause you’re a gypsy.”