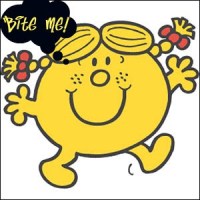 If you’re looking for my usual positive, profound, life-changing, awe-inspiring (ok, so maybe I’m exaggerating a tad bit) and expletive-free post you will be sorely disappointed.  It has been a gloomy, rainy weekend which makes sense since it’s the end to a gloomy week.

I’m a little homesick, my iPod never recovered after being put through the washer so I had to purchase another one, my partner-in-crime (heretofore known as FPIC, the F is for Former) left and took with him any semblance of a social life, I got a CD stuck in my laptop and I was once reminded that I am still the single, childless aunt to my now 5 nieces and 5 nephews.  I want to do a little bitching about a few things so please suck it up bear with me and read on about the things I want to bitch about this week.

1.  Puerto Rican drivers.  Anyone who has ever driven with me more than once (alright, even just once) has closed their eyes and held on tight as a reflex response to my mad lack of skillz!  So it is saying a lot when I (justifiably so) rip on PR drivers. Who makes left and right turns from the middle lanes?  PR drivers!  Who hasn’t found a good use (or maybe it’s the switch) for a turn signal?  PR drivers!   Who will not be decent enough to allow you to merge but will almost hit your car in order to merge?  PR drivers!  Who makes left turns when the light turns green leaving thru traffic waiting?  PR drivers!  Puerto Rican drivers, you can BITE ME!
2. There are NO Targets in PR, which I didn’t find out about until I got here.  It was beyond comprehension.  I was under the naive belief that Targets were everywhere and if not everywhere, at least in PR, which in some ways is an extension of the states.  It took me a while but eventually I was resigned to the fact that I would have to shop at the Walmart I loathe.  That was until one day I discovered the KMart at the mall and a light of hope burned once again (dim as it was not being Target and all). I was lulled into a fall sense of security when I easily found a shopping cart my first few trips, which is probably why I didn’t notice that there wasn’t a shopping cart holding area.  Then one day I walked in to find no available cart at my disposal.  I sent FPIC to the cart area and when he didn’t return after a few minutes, I went to find him walking around looking lost for a cart.  I asked where the cart was and he shrugged.  At that moment we realized that in my previous trips I had been lucky to have found one of the possibly 10 shopping carts.  SuperKmart of Las Catalinas Mall in Caguas, Puerto Rico, you can BITE ME!
3. Last but definitely not least, Zancudos, which I had to google to find out they are nothing but simple mosquitoes who spell their names with an undeserved fancy Z and not the simple S as I originally assumed. (A bit snooty for moochers who live off my blood, don’t ya think?)  Anyhow, they are on my shit list.  Their obsessive stalking has forced me to become best friends with a can of Off to keep them at bay and a jar of vitamin e oil to attempt to fade the scars from their bites.   Zancudos, you canNOT BITE ME!
So shoot me, I cannot be Little Miss Sunshine all of the time, it’s too fucking exhausting
::::and breathe::::